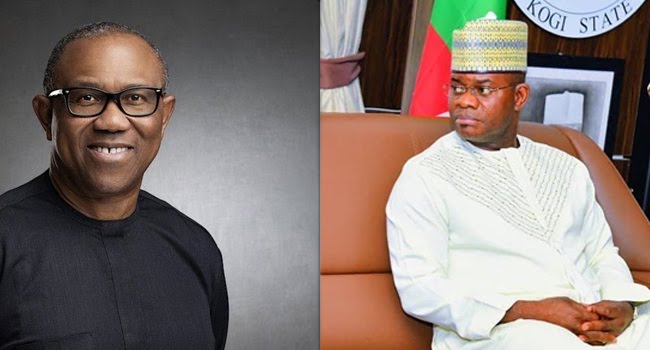 Kogi State Governor, Yahaya Bello has said that the Presidential candidate of the Labour Party, Peter Obi, is the importer of “the majority” of the products Nigerians consume.

“Peter Obi – I respect him. A gentleman, one-time governor; a businessman who everyone knows has engaged in several businesses including the importation of the majority of the products we consume today in the country,” said the Kogi governor.

Mr Bello was a presidential aspirant of the All Progressives Congress but was unsuccessful in his campaign to clinch the ruling party’s ticket. The governor noted that the Labour Party’s presidential candidate’s “online agitation” would not translate to grassroots mobilisation in politics.

“He is doing well in his own right, but let me tell you: online agitation is different from grassroots movements and mobilisation,” the Kogi governor declared.

Mr Bello, appointed as the Bola Tinubu and Kashim Shettima campaign council youth coordinator, disclosed this during an interview with Channels TV on Monday.

Described as the importer of the “majority” of the foreign products Nigerians consume, Mr Obi has always campaigned that the country should focus more on production rather than consumption.

“As a matter of urgency, Nigeria must stop borrowing for consumption but only borrow to invest in regenerative development projects and other productive ventures,” Mr Obi stated in August. “It’s ironical that states that received fiscal bailouts did not invest them properly; did not repay the loans and are still borrowing beyond their revenue earnings.”

The Kogi governor dismissed polls and reports claiming that Mr Obi is a leading candidate ahead of the 2023 presidential election while vowing to mobilise Nigerian youths in support of the APC presidential flag bearer, Mr Tinubu.