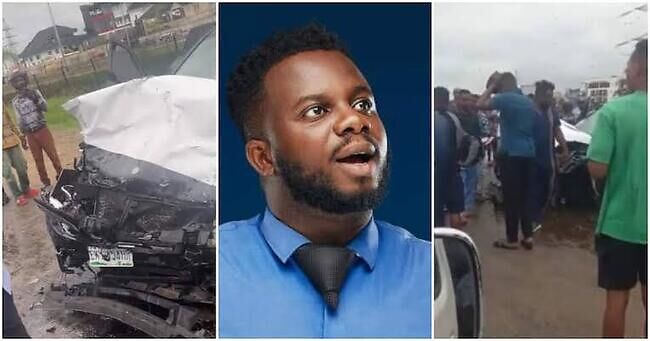 According to the social media comedian, he was driving in his new Mercedes Benz when a car from the opposite lane, ran into his car.

The comedian  however came out unhurt and in a good condition.

Confirming the incident, Sabinus stated that he is safe and sound.

He wrote on his Instagram page, “Safe and sound, thanks guys for the calls and care.”