Less than 24 hours after the arrest od Adeherself, the Economic and Financial Crimes Commission, EFCC, said it has carried out a crackdown that led to the arrest several members of an Ogun, Lagos state-based Internet fraudster gang.

The EFCC said in a statement that:

“In yet another raid aimed at stamping out cybercrime in the country, operatives of the EFCC, Lagos Zonal Office, have arrested suspected internet fraudsters, otherwise known as “yahoo yahoo boys” in Ota, Ogun State, and Victoria Island, Lagos.” 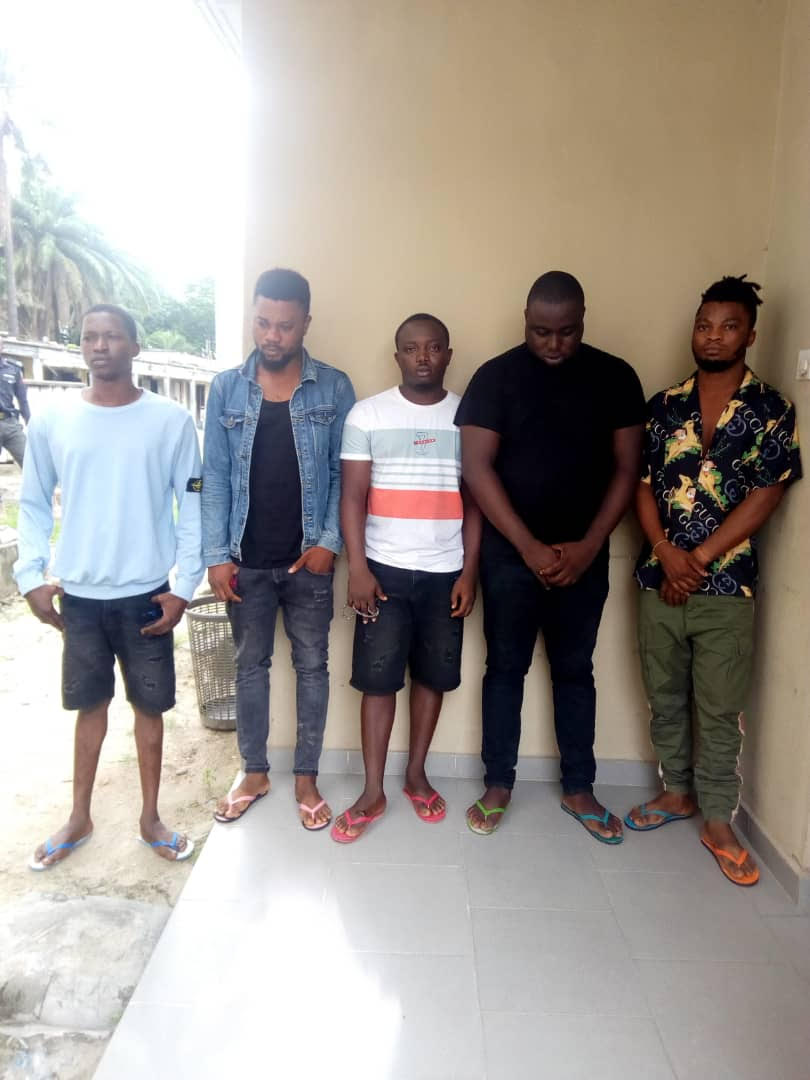 Their arrest followed intelligence received about their alleged involvement in internet fraud.

Items recovered from the suspects include different brands of cars allegedly acquired from the proceeds of fraudulent activities.

The latest announcement is coming less than 24 hours after the EFCC said it arrested five alleged internet fraudsters, including one Adedamola Adewale with the username, adeherself, a self-acclaimed female social media influencer, for their alleged involvement in internet-related fraud.

Adeherslf who claims to be a social media influence, model and video skit maker is one of the most popular of her kinds in Lagos (Nigeria). Her Instagram page where she has over 159,000 followers is her main platform. She also opened a YouTube page which has so far garnered over 1,300 subscribers.

In one of the videos, she posted two weeks ago on her YouTube page, titled ‘How Jasi are your parents’!!!, Adeherself was seen with her parents, making a joke about the names of popular Nigerian musicians.

The EFCC has not announced if the alleged gang of Adeherself is related to the current group.