Pageone reports that Nigerian big boys, Hushpuppi and Mr Woodbery amongst others who are based in Dubai, the United Arab Emirates (UAE), have been arrested by Interpol and the Federal Bureau of Investigation (FBI).

According to a video which has gone viral on the internet, Hushpuppi was arrested alongside his close friend and alleged accomplice, Woodberry from their palatial home in Dubai. The arrest was the result of months of investigation by the FBI following a fraudulent deal that involved Hushpuppi and his crew.

The caption of the video, says Hushpuppi and his crew collected the sum of $35 million for ventilator over the ongoing Coronavirus (COVID-19) pandemic.

“See as they pack them!!! They chop COVID-19 ventilator money $35 million dollars!!! Jesus is not sleeping. FBI had to get involved!!! COVID-19 has cause wahala!” The video was captioned. 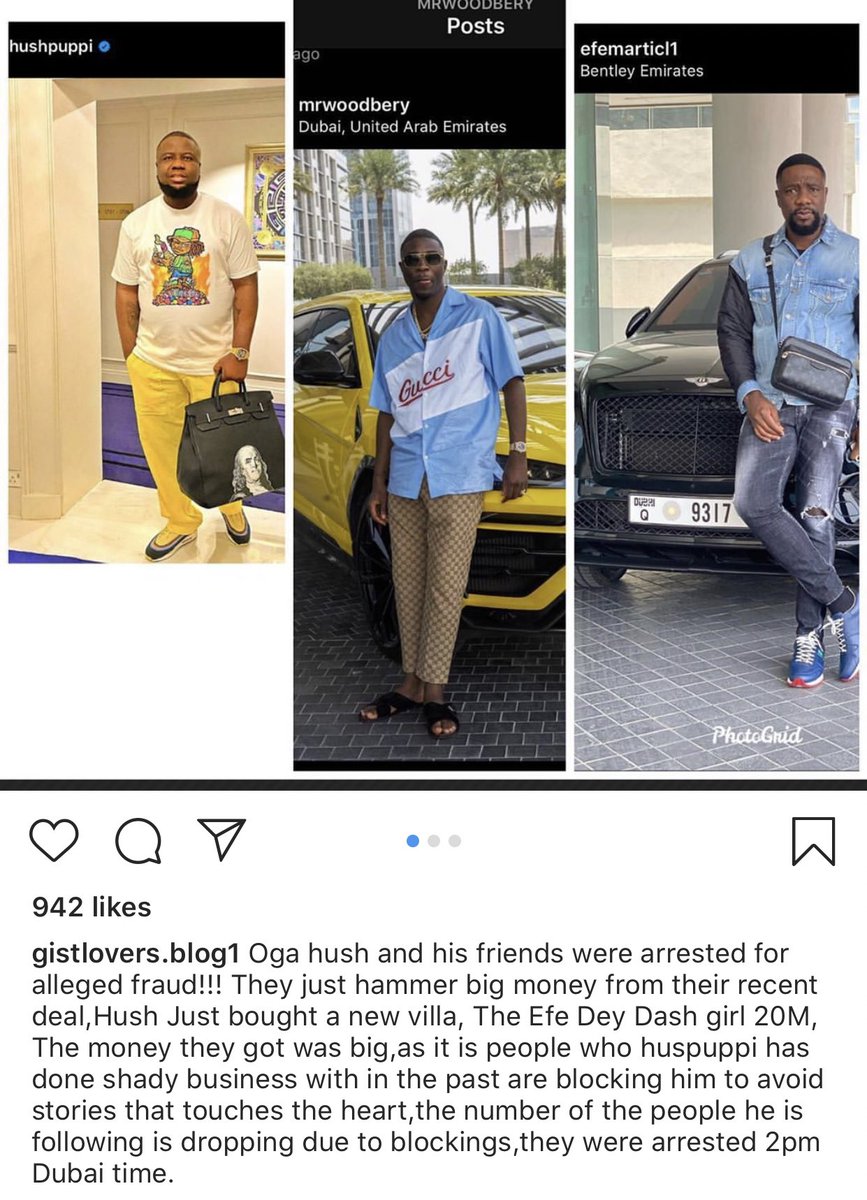 128 people are talking about this

According to reports, insiders confirmed that Hushpuppi and Mr Woodbery were arrested today, 02:00 pm Dubai time. Insiders say that Hushpuppi’s phone has been switched off since the time the arrest was made.