Following the controversial Lagos okadaban, motorcycle-hailing startup, Gokada laid off most of its staff.

Responding to this, CEO, Fahim Saleh addressed the layoffs and told Techpointthat the startup still had money and was pivoting towards deliveries while the transport ban was getting sorted out.

“Before the ban, Gokada was making more than ₦3 million [~$8,300] daily from our drivers. Now, we need to plan for the worst. Our workforce was set up for a transport oriented service and we don’t know the potential challenges in the delivery business. In order to have maximal chances of success, we need to go into ‘cockroach’ mode,” he said.

Restrategising, Saleh also said that while the startup will be involved with on-demand and batched deliveries for its eCommerce partners, it will also scale its already-existing boat service.

Just yesterday, however, there were reports that the green-branded motorcycle-hailing startup had launched its food delivery service, Chop.

Although not officially announced by Gokada, the service was seen on the streets of Ikeja, Lagos.

If life gives you lemons, you know the rest….@GokadaNG is out with a new product called“Chop” to offer food delivery service to food merchants. 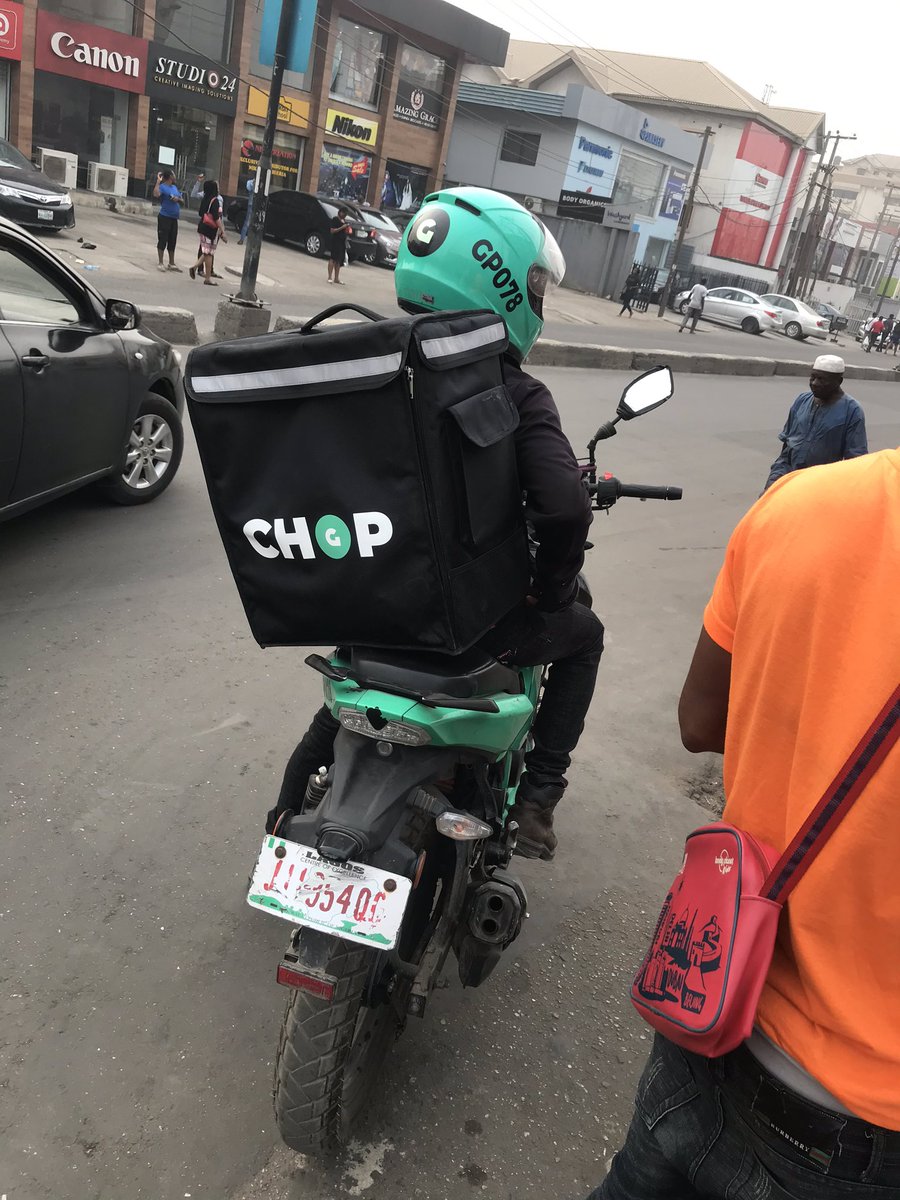 1,064 people are talking about this

In what can be seen as a surprising move considering that the startup was expected to launch its logistics arm, Techpoint reached out to Saleh for confirmation.

“We have not launched the food part of it yet but we’ve launched logistics. Food will follow within a month, ” Saleh says.

This means Gokada has commenced operations on its logistics arm. The confusion, however, comes from the branding of the dispatch bag but Saleh says it was done that way because it appeals more to the consumer.

“Chop is the name for our food service but the bags will be used for deliveries as well. Food is more consumer-facing, so we decided that should be the front-facing brand on the bikes.”

Saleh also says that 2,000 Gokada bikes will be activated for both the food delivery service and logistics.

In the past, precisely in 2016, hyper-local logistics startup, MAX, acqui-hired a food delivery startup, Easyappetite, to launch a food delivery arm, MAX Eats. Since then, not much has been heard about the supposed service.

Considering how poor food delivery services have been in Lagos, it is not surprising the business is said to be generally unprofitable. Nonetheless, Saleh says “Gokada will approach food delivery in a completely new way.”

Perhaps the fragile nature of the business is one of the reasons MAX didn’t go through with its MAX Eats service.

We’ll just have to wait and see if Gokada can crack the food delivery market.